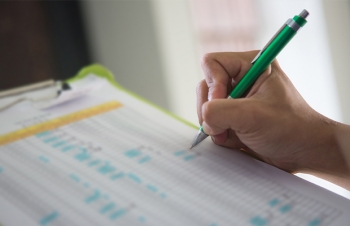 Since embarking on my objective look at the Ontario electricity sector several years ago, one of the events I look forward to is the posting of the Yearbook of Distributors on the OEB’s (Ontario Energy Board) website.  In the current edition (2016) of the Yearbook’s 142 pages you can find almost everything you could think of in respect to information of interest on the 73 LDCs (local distribution companies) that were operating in the province.  From the largest LDCs (Hydro One, Toronto Hydro, etc.) to the smallest (Chapleau PUC, Hydro 2000, etc.) the information is vast!

The filing for the year ended December 31, 2016 was published August 17, 2017. This year’s report raised issues as some of the format had changed and past information (back as far as 2012) had been amended. Those amendments applied mainly to prior reports of Hydro One.

An oddity I missed in reviewing the 2015 Yearbook related to “Rural Service Area” for Hydro One but thankfully, in an exchange with my friend Scott Luft, he pointed out to me their service area had jumped from 2014 to 2015 by over 310,000 sq. km from 650,000 sq km to 961,123 sq. km.  While 677 sq. km were “urban,”* the balance were rural.  What that suggests is that Hydro One’s distribution coverage of the province supposedly jumped from 65% of the total area of Ontario to over 96% of the geographic area of the province.   If one goes to the Hydro One website however they claim “We distribute electricity to over 1.3 million residential and business customers covering approximately 75 per cent of the geographic area of Ontario.” A query to Hydro One about the big jump in coverage to Hydro One made over a month ago remains unanswered!  It would appear that despite a “certified for completeness and accuracy” sign-off by a Hydro One “executive signing officer” (the OEB told me all LDCs must sign off), when the information was submitted to the OEB certain information may not be accurate!  The foregoing will probably remind people of Hydro One’s claim of “billing accuracy” a few years ago.

So, what is Hydro One’s actual Ontario coverage?

Hydro One and the missing kilowatts

When I queried the OEB about the jump I was provided with the answer that Hydro One’s “metric on page 3 has been updated to reflect Hydro One’s 2012 to 2015 data revisions for kWh delivered to all customers” and was described under “note iii on page 3 of the Yearbook.”   Note iii stated, “This metric represents the total kWh of electricity delivered to all customers in the distributor’s licensed service area and to any embedded distributors. Past figures have been updated to reflect distributor data revisions.” It appears to have only applied to Hydro One! So how could the OEB and the distributor (Hydro One) miss reporting on such a significant amount of kWh supplied to their customers? This issue is still being explored with the OEB! On page 69 of the Yearbook Hydro One reports 36,122,262,456 kWh were supplied to its customers.   On page 81 (a new section) where they report the kWh delivered to “Residential Customers,” “General Service Customers” (large and small) and “Sub Transmission Customers” (“embedded distributors” referenced in the OEB’s response) and “Large Users” generally referred to as Class A (Hydro One claim zero Class A customers) they report only 21,444,528,579 kWh were metered (billed) to their customers.

Based on the foregoing puzzling facts, it is impossible as one example, to determine what the average distribution rate is by classification of ratepayer yet data provided should logically allow for that to happen.

Hydro One reports $183 million in “Other Income”

This example is related to the income statement filed by Hydro One (page 33 in the Yearbook) which contains a claim they generated “Other Income” in the amount of $183 million. Yet a reference to their audited financial statement for the year ended December 31, 2016 contains no claim related to that heading.

The query to what that was got the following answer from Hydro One:

“Starting in 2016, the OEB restated how the Other Income (Loss) item is reported in their Yearbook. In 2016, the OEB subtracts an accounting item – the Standard Supply Service Admin Revenue – from the Power and Distribution Revenue amount. SSS Admin Revenue is an OEB-set administrative fee paid by customers who purchase electricity directly from their local utility. This charge is also deducted from the revenue requirement in the derivation of rates revenue requirement. To balance, the SSS Admin Revenue is then added back into Other Income (Loss) by the OEB. There are two other accounting items in 2016 for Other Income (Loss): Total Operating Revenues and Other Incomes/Deductions, with the sum of these three adding up to $183M.”

So, the sudden appearance of $183 million under the heading “Other Income” was blamed on the accounting standards of the OEB. That led me to believe it was perhaps related to revenue paid to “embedded” generation from wind, solar, etc., less the cost of billed kWh for consumption by those same ratepayers. When I made the inquiry to the OEB along those lines I brought out the fact that the numbers posted in the Yearbook for Hydro One related to the posted amount for the Cost of Power was $3,292 billion, but on Hydro One’s annual statement it was $3,427 billion or a difference of $135 million.

The OEB’s response was:

“The netting of the revenue/costs is not associated with embedded generation. The OEB revised the individual trial balance accounts that are aggregated to obtain the “Power and Distribution Revenue” and “Other Income” line item values reported in the 2016 Yearbook in order to improve the accuracy. Please refer to Glossary on page 135 of the 2016 Yearbook for a listing of the accounts that are aggregated for the line items reported in the 2016 Yearbook and the OEB’s Accounting Procedures Handbook for details on the individual uniform system of accounts (USoA). As a result of this change, the $183.2 million shown in “Other Income” includes $125 million that Hydro One reported in Account 4245, Government and Other Assistance Directly Credited to Income. The $125 million is related to Rural or Remote Electricity Rate Protection (RRRP)** revenues. The net effect of the change is zero as the increase in “Other Income” is offset by a decrease in ‘Power and Distribution Revenue.’ The change in the account aggregation and reporting format has no bearing or relationship to changes in the Hydro One’s reported consumption data.”

It appears the accounting tricks the Premier Wynne led government concocted under the “Fair Hydro Act” highlighted by the Auditor General may have permeated other parts of the Energy portfolio including either or both of the OEB or Hydro One. All indications are, the new information blurs any transparency it was meant to create.

* I have criticized Hydro One in the past for not claiming they service urban communities as they provide power to small cities (e.g., Trenton) and numerous towns that would be considered “urban” but never claimed they did.

** The Fair Hydro Act moved the costs of the RRRP to taxpayers as it principally supports indigenous communities.

One thought on “Hydro One and the OEB Yearbook: more fun with figures”