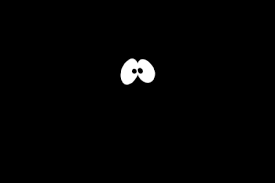 If you are a Hydro One customer, you received an insert with your June 2016 bill suggesting they are really interested in your feedback via an IPSOS (“a global independent market research company ranking third worldwide among research firms”) survey. The stated intent of the survey was to help Hydro One develop “a five-year plan” for their electricity distribution system.

Of the 25 questions on the list, the bulk were dedicated to seeking information on your personal status including your gender, age, employment status, income level, education, where you lived and the population of the municipality, if you paid the bill and if you were a seasonal, residential or small business customer. The few questions pertaining to information that might (?) assist them in any planning exercise was related principally to how much you might be willing to pay for a reduction in the number and longevity of “power outages”!  As an indication the word “outages” can be found 20 times in the survey and in almost half of the questions.

The survey finishes with choices asking you to define just how much you would be willing to pay to reduce both the frequency and length of outages.  As if to emphasize this point the survey tells you Hydro One has more and longer lasting outages than other distribution companies operating in the province.

Throughout the survey there were several charts presumably meant to educate ratepayers on the role Hydro One plays in respect to delivering electricity to our homes to allow us to turn on lights, cook our meals, wash our clothes, etc.  That’s atypical for all local distribution companies (LDC) but Hydro One wears two hats and the survey appears to mix them up by providing ambiguous information related to Hydro One’s other business, which is the transmission of electricity from generators to all LDCs.

As an example of this the survey notes: “While Hydro One is involved in both transmission and distribution of electricity our focus today is on the distribution portion of Hydro One.”

Further on in the survey they attempt to make the people responding to the survey aware of what causes their power outages and duration.   They include two charts on the reliability issue and the second chart attempts to explain the cause of the outages.  Interestingly enough, they note that 16% of the outages are scheduled (to replace equipment) and 19% where they state “sometimes Hydro One crews can’t determine the exact cause of an outage”.  So, collectively, 35% of the outages are either caused by them or some unknown force — yet they believe they can reduce outages and shorten them … if we just give them more money!

Hydro One suggests that, just to maintain the current situation of outages and their duration over the next five years, they need us to provide them with approximately $500 million — even more if we want outages reduced.

Ask the people whose lights are off

Hydro One says the survey’s results will allow them to apply for a distribution rate increase for a minimum of $2 per month in year one, growing to $10.00 per month by year 5. Based on a review of past applications for rate increases by Hydro One, we should expect the Ontario Energy Board will bless the application no matter how bad the survey results are.

If Hydro One really wanted to hear “from everyone” they should perhaps poll the social agencies and their residential customer base, in a manner that is not meant to manipulate responses to guarantee them the answer they seek.

The many Ontario residential electricity customers now living in energy poverty might not give them the answers they want.

The Hydro One survey is now closed. A copy of the questions is here: Hydro One Survey